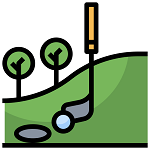 Let’s talk about the biggest tournaments that have been held at the Congressional Country Club. Aussies can bet on the PGA Tour events that have taken place at this venue. Some of the world’s best players such as Ernie Else have left a mark on the golf course. If you want to experience the same drama but in the come, you can! All you have to do is a wager on a tournament such as the US Open. How can you start the journey? Well, it’s simple and we’ll show you what we mean.

First thing, punters need to select which type of golf bets and place wagers at top betting websites. The Congressional Country Club history is what we plan to unpack in this guide. Are you ready to imagine that you are playing at the course? Allow us to paint you the picture of the stunning 36 hole course.

The Congressional Country Club Blue Course started in 1921. Oscar E Bland and Luhring created a course where members could mingle with businessmen. Although Columbia and Chevy Chase Clubs were there, they weren’t built for Congress members. Herbert Hoover agreed to help make the course a reality. The gentlemen invited business owners and Congress members to be a part of the club. A few months past, people responded positively which encouraged them to build the golf course. Devereux Emmet was the designer who was assigned with the Congressional Country Club layout.

He was the right man for the job because of his impressive portfolio. The Pelham Country Club and the Garden City Golf Club were projects he successfully completed.  Two and a half years were spent building the 18 holes. The Congressional Country Club was ready for play in 1924. The US presidents have visited the golf course like Coolidge, Taft, among many more who have become members. Barack Obama and Bill Clinton have stepped on the course. The club went through some financial strains because it was operating without a budget.

It was in 1941 where the golf course became alive again. In 1943, the Congressional Country Club was rented out to the government. The golf course got back to the hands of its members in 1945 and currently belongs to them. With exceptional facilities for golf, swimming, bowling, and tennis, the family club is impressive to say the least. We give props to the Platinum Club that is known as the number on in the country. In 1977, the course finished nine more holes to keep golf players happy.

We discuss two of the most notable holes that you will find on the course. The 10th and 9th hole is remarkable in its own right. 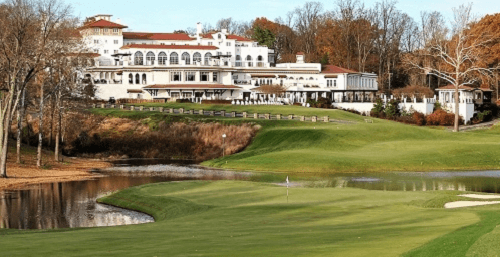 For the first time, the US Open was scheduled to take place at the Congressional Golf Course. We have listed the three events that happened in different years.

The US Open was hosted at the golf course. It was one week to remember, with Ken Venturi claiming the trophy. He would become a trailblazer by winning fourteen times and a major in 1964. What more would you expect from a man who grew up playing golf? The golf course was 7,053 yards which was the longest United States Open in history during those days. Doctors at the venue told him to not continue in the event which was a match away from the final round.

At that time, golfers had to play 36 holes in a da. The temperature was high and Ken Venturi was dehydrated. He had some salt and went on to play against doctors’ orders and came back as the US Open champion.

The par 70 had good weather but it was a tight game of golf. Having won the 1994 US Open, Ernie Els snatched his second US Open.  Although he was in form and didn’t have confidence at times he knew his way around the course. He had to keep his cool in order to make the required shot that would lead him to victory. As one of the favourites he proved why so many loved him.

The United States Open was won by Rory Mcllroy at Congressional Country Club in 2011. The Blue Course was changed to a par 71 that week which was different from the past two years. He was the first man to make 13-under-par at a US Open. He made history by making the lowest 72 holeshot at a US Open. It’s no surprise that the golf player is known to have broken records. He remains in the history books to inspire new golf players. If you are looking for the best golf players, you can count Rory Mcllroy. If you haven’t had the pleasure of watching him play, have a look at his clip.