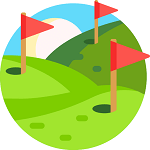 The PGA National Champion Course is located in Palm Beach Gardens, Florida, USA. Aussies who follow the PGA Tour will be familiar with PGA Championship, the Senior PGA Championship, and the Ryder Cup. These are major tournaments that the course has hosted. More recently, the Honda Classic has made the course the place to be. The 18-hole golf course offers golfers a memorable experience. Many parts of the course feature something that golfers can look forward to like the infamous golf trip.

While established players have graced the field, they know the course to be one of the toughest. Get to know the background of the PGA National Champion Course on this page, and the best betting websites today! Furthermore, the course is known for its wonderful weather throughout the year. Take a walk with us through the layout and signature holes of the golf course. Perhaps this could be one of the courses that you fall in love with.

Where to Bet on the PGA Championship

The impressive PGA National Champion Course was built in 1980 and opened in 1981 to host prestigious golf events. The two men responsible for the design were Tom Fazio and his uncle George. The U.S Ryder Cup team that was led by Jack Nicklaus defeated the European team that was steered by Tony Jacklin in 1981. It was Larry Nelson who came out victorious in his second PGA Championship in 1987. The PGA National is home to the Professional Golfers Association (PGA) of America make players understand the importance that the resort in Palm Gardens has.

Jack Nicklaus finished his first three redesigns of the course in 2002. Then, the second renovation was in 2014 which included Bermuda grass, the redesign of the par-4 14th hole, and four other holes. Added to this would be bankers and water. The Champion Course was redesigned for the third time in 2018.

The course has fast, gentle landing areas and well-groomed fairways. The field offers players five set tees to select from and runs 6,442 meters from the far end tee boxes. In 2018, the PGA National Course was listed as the second most challenging track on the PGA Tour.

The Bear Trap is the most difficult three-hole stretch in professional golf. It consists of a 15th, 16th, and 17th hole.  We give you a breakdown of the three holes that form The Bear Trap at the PGA National Champion Course. 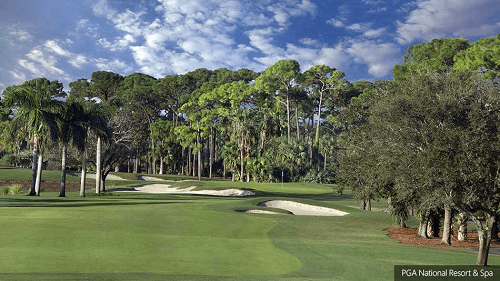 The PGA Tour’s Honda Classic has been played at the Champion Course since 2007. As we previously stated, the course has made the life of many golfers quite challenging. Six players failed to break 80 and Smylie Kaufman managed an 83-80. Players had a hard time making birdies at the tournament in other years besides 2018 which was won by Justin Thomas. Before 2007, the Honda Classic was hosted on a variety of courses but didn’t have the planet’s leading players.

The Ryder Cup that took place in 1983 was the first major golf event at the course. The US and European teams went head-on and the US team was victorious. The 1987 PGA Championship on Sunday saw many golfers not do well because of extremely high temperatures. Jack Nicklaus finished 8 over par and in a tie for the 24th. Dave Stockton and Lee Trevino didn’t qualify to play on the weekend.

Operated By:  Public Course Designed by Tom Fazio and George