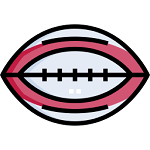 Rugby betting is extremely popular in Australia. With both rugby union and rugby league proving to be widely watched sports in the nation, it really is no surprise that this is true. Rugby is also known to be a popular betting sport because it is so difficult to predict winners, meaning that odds are much higher and the winnings much sweeter when punters make correct bets. There are two different types of professional rugby associations – League and Union. This means more betting opportunities

If you’re interested in learning how to bet on rugby online, you have come to the right place. With our rugby betting guide, you will get a list of the best rugby betting sites for Australian punters along with top tips to keep in mind when betting.

These sites provide Australian punters with the best local and international rugby betting odds. There are also hundreds of matches available to bet on:
#1

How to Bet on Rugby

The following betting options are available to Australian punters interested in betting on rugby games at online sportsbooks:

Before placing any sort of bet on rugby, it is important to understand that the sport is divided into two different variations. We’ve explained the difference between the two down below:

Matches of this variation of the game are made up two teams of 15 players and last a total of eighty minutes. Teams score “tries” in demarcated areas and then have a chance to add additional points by scoring a conversion. If an attacking player is tackled, either a ruck or maul will form in which the defending team will attempt to stop their opponents from getting forward and perhaps even overturning possession.

If a foul is committed, the opposing side will either kick the ball for a line-out, take a penalty at goal or perform a scrum.

This variation of rugby is much more fast-paced than its Union counterpart. While many general rules are similar, there are a few differences worth noting though. Firstly, teams are made up of 13 players instead of 15. Secondly, there are no rucks or mauls in the game. Players simply retain possession by rolling the ball back to their teammates with their foot.

Thirdly, while there is no time limit for how long a side can maintain possession for in Rugby Union, there is in Rugby League. In this form of the game, if an attacking side is tackled six times before they are able to score a try, possession will overturn.

Finally, there are no line-outs in Rugby League. Instead, if the ball goes out of play, the teams contest over it through a scrum. 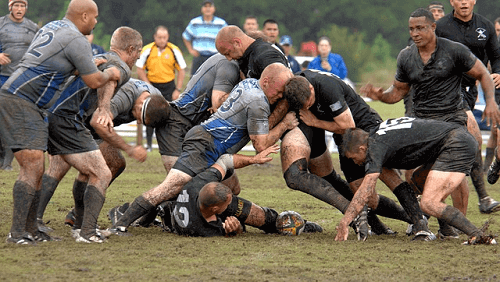 Check Out Our Other Rugby Pages

Rugby Tournaments to Bet On

If you’re looking for some good rugby games to bet on of any variety, the following tournaments have proven to be popular with our punters:

When betting on rugby, it is important to keep the following tips in mind:

Can you bet on rugby?

Rugby betting allows you to bet on major rugby tournaments. You can bet on rugby at any reputable sportsbook.

What is rugby handicap?

Rugby handicap betting is the upper hand that sportsbooks give to one team to balance the game. The squad with the negative handicap needs to win by more than what the bookie sets.

How do you read rugby betting odds?

What does winning margin mean in rugby?

Rugby betting on the margin means that you are wagering on how many points the winning squad will win by. The winning margin is calculated with both clubs starting from nothing.

What are the best rugby betting sites?

The best sites for betting on rugby includes the Neds, Ladbrokes and many more.

Can you earn money from rugby betting?

Yes, you can make cash from wagering on the sports but you need to be also open to losing.