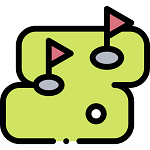 The Bay Hill Club & Lodge is a course synonymous with King Arnold Palmer. Australians who are golf fans will know that Tiger Woods made eight wins on the site. The 27-hole private country club in Bay Hill is located in Florida, where natural hills, valleys, and streams flow. This was the home of the Arnold Palmer Invitational from 1979. There have been memories created on an exceptional course. We will be exploring the course in this guide by showcasing the layout of the course.

Get to know when the field opened and what to expect when you happen to land on the course. Let’s have a look at everything that involves the course. Moreso, you can bet on the event that takes place on the course, to do so check out the betting sites types, and start making a wager on the sport. We can’t wait to share details about what makes the course special, read on!

Dr. P. Phillips was a Tennessee physician who lived in central Florida in 1898 and relocated to Orlando in 1905. He grew citrus and became a successful grower of citrus and the first maker of canned orange juice. The physician sold his holdings to Granada Grooves and kept only the raw land. Dr. P. Phillips son developed the raw field with the thought of producing something from the land. Granada Grooves and Dr. P. Phillips came together in 1959 to begin building the championship Bay Hill Course.

Tom Barnes and Tom Dore envisioned what the field could be. From Nashville, a group of businessmen brought in resources that would make Bay Hill come true. This wasn’t going to be a thing that happens quickly. It was only a year later that the 18th golf course launched.

It was Dick Wilson who created the 18-hole layout of the course. Arnold Palmer later visited the Bay Hill Club to make some renovations. He improved the greens and redesigned the 18 putting surfaces, some length was added to the specific holes and the whole course was transformed. With some of the most spectacular holes, we start looking at the 6th hole.  This is the most notable hole on the course where John Daly made 18 shots to finish the 6th hole in 1998. Many tourists anticipate playing 18-hole.

Moving on to the 13th hole isn’t meant for players who are scared of taking on a challenge. Professional golfers will be able to handle the par 4 but those who are new to the game require practice. They have been many triples and doubles on the course. The 16th hole allows the longer strikers to do well on this par 5. There are sand traps left and right of the fairway which makes the hole dense off the tee. Water passes across the fairway in front of the green. This is a birdie hole as most players will notice. The 18th hole shows off its elegant design. So, if you are looking for a classic hole then this one will leave you satisfied. The hole stretches over 460 yards and the fairway shortens around 325 yards from the back tee. 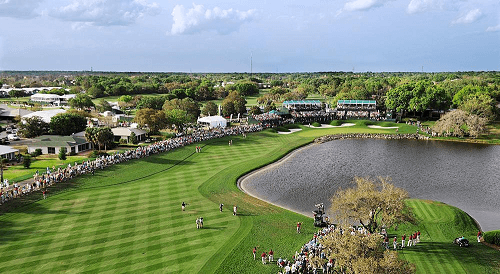 The Arnold Palmer Invitational was started in 1979. It replaced the Florida Citrus Open Invitational that took place from 1966 to 1978. Bay Hill Citrus Classic as it was called changed to the Hertz Bay Classic. Nestle was the sponsor from 1985-1995 before 1996 until 1998 when Office Depot gave us the Bay Hill Invitational. Considering that there are 156 golfers that participate at the PGA Tour at the start of the week, 120 golfers are invited to the Arnold Palmer Invitational which makes it a big deal. Tiger Woods, Matt Every, Jackson Day, Rory McIlroy are some of the prominent players who have won the tournament.