It’s no surprise that the RA has reduced its workers and decreased salaries to save $ 5.5 million. All of this is in efforts to build afresh. A financial report was submitted in 2019 which stated that the business had lost $9.4 million. It was well expected that Rob Clarke, the interim chief executive was faced with a huge challenge of letting people go and salary cuts.

Regrettably, most workers won’t go back to work in the next months because he plans to cut more staff members. Since April 1, about 75% of the employees lost their jobs, and others were working fewer hours. Already as we speak there have been casual workers and contractors relieved from their roles. RA will also cut their senior staff members salaries by 5%.

The RA acknowledged in their statement that this was a difficult decision. However, the organization needs to make harsh choices to sustain the industry because of the negative impact of coronavirus. The news was shared with the staff members as Rob Clarke also thanked them for their contribution in the Rugby Australia. 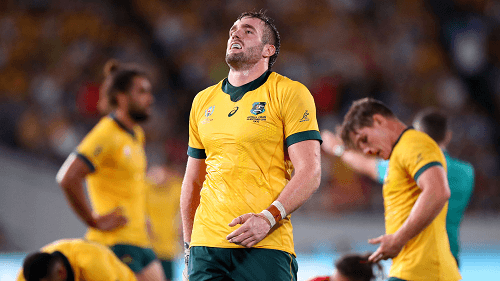 What’s next for RA and Past Employees?

We are sure many people are asking themselves, what happens now since this drastic decision affects their livelihoods? RA said they will try by all means to help those who lost their jobs find new opportunities.

On the other hand, he said that Rugby Australia phase 2 of rebuilding is in the pipelines. They are evaluating RA’s role along with the State Territory Members Union to examine ways the sport can reach other parts of the state. Furthermore, looking at how efficiently they can deliver rugby programs and save when it comes to administrative operations.

Check out the latest sports news at Ausportsbetting.org.