Family members, friends and fans who loved Danny Frawley gathered for his funeral. They came together to say goodbye to the St Kilda super star. The private funeral services for family and friends was held at Kingston Town Hall. Everything was televised on Fox Footy and displayed at Moorabbin Oval using huge screens. Eric Bana, Garry Lyon, Wayne Carey, Tonny Lockett and Eddie McGuire were people who arrived at the service on Wednesday. Hamish McLachlan said that this was a commemoration of Danny Frawley’s life.

The family asked people attending the funeral to wear something blue. As requested many people came dressed in a splash of blue in recognition of Danny Frawley’s struggle with mental illness and Beyond Blue (a non-profit organisation that deals with depression and other mental issues). 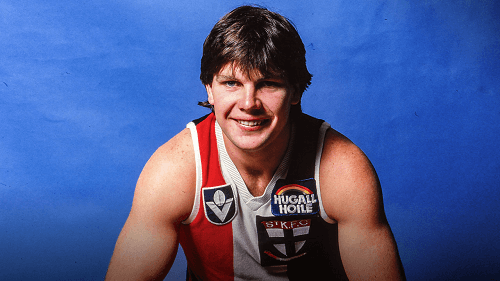 Commemoration of a Champion

When the service ended a guard of honour was created at the Moorabbin as a hearse carrying Danny Frawley makes a final lap of praise around the field where he competed for seventy-two of his two hundred and forty matches. There have been heartfelt tributes from the time when Danny Frawley passed away on Monday (9 September).  He died during a car accident when the car he was driving smashed a tree close to Ballarat. Frawley recently spoke freely about his struggles with mental illness. He left behind his wife and three children, including his mother and five siblings.

The Saints’ Moorabbin head office was the place where people were mourning after the passing of Frawley. His passing comes a day after he turns 56th. At the clubs entrance there as a makeshift shrine where fans placed scarfs and flowers.

He was popular for his moves in the ground, later became a coach and media personality. It goes without saying that he was a great person who was an advocate for mental health and spoke about his battle regularly. The family asked that donations be given to Beyond Blue.