Willie Rioli is known as one kind heart who won an AFL premiership. Whichever place he goes to and has stayed or played football, many commended him. However, he made a huge mistake on 20 August that changed his life forever. He was suspended for four years after being implicated in an incident that had to do with his urine trail during an ASADA test. Apparently, he poured in an energy drink rather than urine to mislead the people who were testing. The football world is still astonished by what he did.

He hasn’t been touring with the West Coast Eagles in Melbourne who are preparing for their semi-final against Geelong. He spoke for the first time on the matter this week, addressing his family and friends and showed appreciation for the love they have shared. He is optimistic about getting through this difficult time. 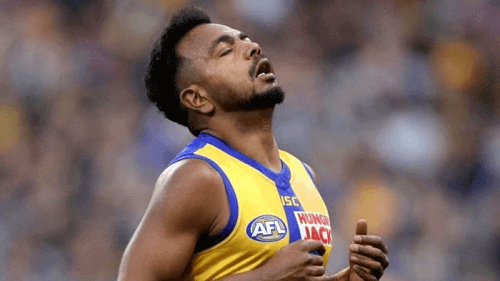 The 24-year-old will have to deal with the most difficult moments of his life. Back in 2012, Willie Rioli was 16 when he had the scare of his life and nearly died from a pneumonia-related virus. The ordeal was horrible because he was on life support. Last year, he spoke to Footy WA and told them that he remembers going home feeling chili but it was about forty degrees. His mother suggested taking him to the clinic because he didn’t look well. Willie Rioli later landed in the hospital; a stay which culminated in him having to relearn how to walk again.

He exercised and lost some kilos and was well on his way to realising his AFL dream. Fast-forward to the 2015 season when he connected with SANFL team Glenelg, he managed to lose 16kgs and had his name listed for the national draft the following year. He wasn’t successful in getting an AFL game during his first year because of a hamstring that delayed him but in the following years Willie Rioli was able to give fans a good show and was able to grow as the league’s top small forwards. He won many fans over last year’s premiership victory. His exceptional skills and his character off the field warmed the hearts of the football globe.

Gillon McLachlan, AFL CEO had something to say about the suspension stating that he will not return for the season. He explained that Willi Rioli’s mental condition should be at the forefront. He said that he has been provisionally banned while the ASADA carries on with investigations and the issue is concluded. Such things take time, he said. Currently, Jack Petruccelle has taken Willie Rioli’s position in the Eagles team.