Tolu Latu Appreciates the Support from the Rugby World Cup

After his drinking and driving ordeal, Tolu Latu assumed that he wouldn’t be a part of the Rugby World Cup. He changed his life around in four months and had a serious talk with Michael Cheika.  This is a story of a man who moved up to starting team status and making a name for himself.  He will be starting in a match against Fiji that will take place on Saturday. The 26-year-old was caught drunk and fined by the police. He didn’t tell the New South Wales Waratahs management and was called into order by coach Michael Cheika. The coach knows that the player is of high caliber and advised him not to make the same mistake.

At the camp, he had a conversation with the coach who told him to pack his things and go home. The coach said that if he possibly gets another opportunity he needs to grab it with both hands. During the incident, he never thought that he would come back and he is eternally grateful for the opportunity. 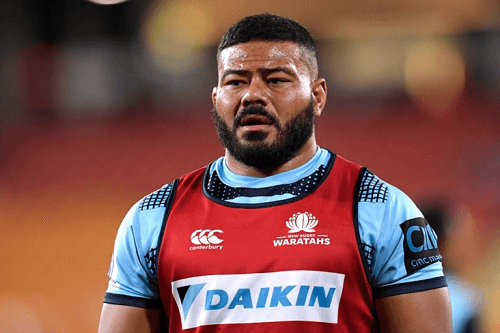 Tolu Latu agreed that he had issues that he needs to tackle which he felt he dealt with. At Test and Super Rugby stage, hostility was the leading factor that made issues for him. Yellow cards and suspensions were regularly given to him which pushed opposite teams to get him into trouble. He has managed to not walk the same path after the Wallabies called him back.

The Wallabies’ players said that sometimes you might think that you are correct but the referee is the one who is right. Tolu Latu said that this is a section of the match that he has to understand and has been dealing with it since last year. Scott Scio acknowledged that Latu had to deal with his problems to become a good player. He further said that even though his story is not a fairytale the man put in a lot of work to be where he is at the very moment.