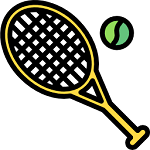 French Open betting is quite popular with tennis fans in Australia. Often, the reason is that many punters believe that Rafael Nadal is a sure outright bet to win the overall tournament. The Women’s tournament often proves to be much harder to predict, thus granting punters better odds on any sort of bet they could ever want to place.

If you’re keen on getting in on the sports betting action, we have created the ultimate betting guide for the French Open. Down below we go through the bets you can place on the tournament and general tips you need to keep in mind when betting on this competition. So, read on down below to learn more!

The sites listed below will regale you with all of the amazing French Open betting offers on hand. Sign up at one of them to get the best in odds. You are sure to have a good time betting on any tennis tournament if you do so.
1

How to Bet on the French Open

If you have no clue of how tennis betting works, then you have come to the right place. Below we’ve got a quick start-up guide that is sure to get you placing your first bets on the French Open in no time at all. Below are all the most popular bets available on the tournament: 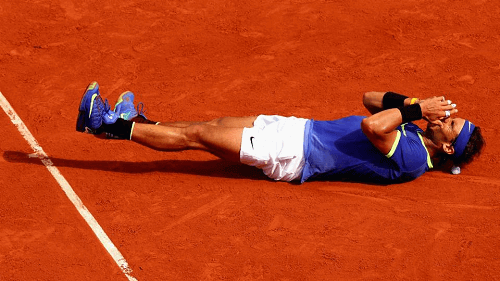 If you’re ever to embark on your glorious sports betting journey, you’re going to need to learn how to read odds. Ultimately, odds are how much you could win on a potential wager. Punters who are new to the sports betting game often feel intimidated by odds as there are so many different ways of displaying them.

The good thing is though that most popular Australian online betting sites tend to stick to using the decimal format to display odds. This method is also popular at Euro-centric sportsbooks. Odds displayed using this format usually appear like this:

Kevin Anderson (2.63) vs Roger Federer (1.50)
Now, the thing that’s so great about decimal odds is that all you need to calculate how much you could potentially win is multiply your stake by the odds next to the player’s name. So, for example, an AU$100 bet on Kevin Anderson would payout AU$263. The reason for this is that $100 multiplied by 2.63 is equal to that amount. It is important to not that this number includes both the punter’s stake and winnings.

There are loads of tennis betting tipsters out there who will tell you that they know it all. While we aren’t such punters, we will provide you with some general French Open tennis betting tips we recommend that you keep in mind every time you place a bet on this famous tournament:

Here is a list of the last 10 winners of the French Open Men’s tournament. With just a quick glance at the list, it is easy to see why so many sportsbooks tend to favour Rafael Nadal as an outright winner.

Here is a list of the last 10 winners of the French Open. It is plain to see that it is harder to predict a winner in the WTA than it is in the ATP. Thus, we always recommend just studying the form of players in the lead-up to the tournament.

Check Out Our Other Tennis Pages