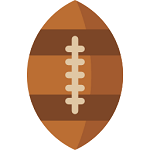 The best Rugby league betting has grown around the world in tandem with the sport. There are loads of popular rugby league tournaments available for Australians to bet on, including the National Rugby League, the Super League or the RFL Championship.

If you’re interested in placing rugby league bets, you’ve come to the right place. Our ultimate guide on rugby league betting will help get you started by providing you with all you need to know to place your first bet. So, read on down below to find out more about how to bet on rugby league games as well tips you should keep in mind when you choose to do so at the best sports betting sites in Australia.

We can without a doubt say that these are the top-rated rugby league betting sites in Australia. They provide punters with the best odds and selection of bets:

What is Rugby League?

Rugby league is one of the two codes of rugby played around the world. It was created in 1895 after members split from the Rugby Union over a disagreement involving the payment of players. Ultimately, the rules were changed from that used to in traditional rugby union games in the aim of creating a more entertaining display for spectators.

Rugby league differs from Rugby Union in that teams are made up of thirteen players instead of fifteen. This form of rugby also doesn’t feature any rucks or mauls. Instead action stops when a player is tackled. If a team is unable to score after six tackles, possession is overturned to the opposing side.

There are also minor differences in scoring with tries, conversions and penalties counting less points in rugby league. Ultimately, this is aimed at making the sport less of a kicking game as teams cannot rely on penalties or drop goals to level or extend scores.

Rugby league betting sites are available for a punters wagering pleasure. There are a number of different bets Australian punters can make on rugby league games. The bets listed below are the ones most popular at online sportsbooks: 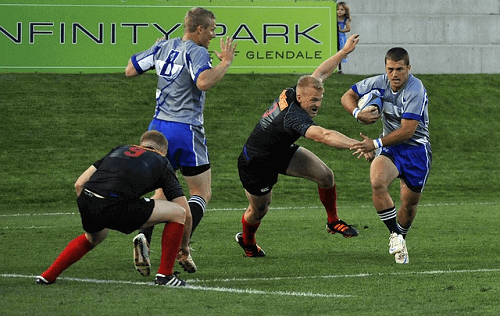 When building the best rugby league tips, it is important to take the following rugby league tips and tricks into account. They are sure to increase their odds of making successful bets if they do so:

Be sure to have a look at our blog for more rugby league tips on rugby league club and international tournaments. We constantly post updates on all the most popular sporting leagues in Australia.

We recommend that punters always shop around for rugby league betting odds. This is the only way to make sure that you are making the most money on a particular bet. If bettors fail to do this before placing a bet, they run the risk of losing out on extra potential winnings.

Check Out Our Other Sport Betting Guides