PGA Championship betting is one of the major forms of golf betting available. This is due to the popularity of the tournament, which is also considered to be one of the four biggest yearly golf tournaments. Every year, the biggest golfers battle it out to determine who really is best in the sport. Many punters tend to believe that this is the most competitive competition in the sport as players need to be invited to play in the tournament.

If you are keen on learning how to bet on the PGA Championship, you have come to the right place. Our guide has got everything you could ever want to know about wagering on this tournament at Aussie sports betting sites.

If you are looking for the best PGA Championship betting odds, you will do no wrong by looking at one of these sites down below. Not only are they sure to provide you with amazing odds, but they will also give you access to the widest range of bets you could dream of. So, what are you waiting for?
1

There are loads of different PGA Championship betting markets available at the top online betting sites in Australia. Below are some of the basic bets you can expect to find at most of the golf betting sites recommended on this page:

PGA Championship betting odds are calculated and read the same way odds on any other golfing tournament would be drawn up. If you are unsure about golf betting odds in general, we’ll go into it all down below.

Basically, there are three different ways in which sports betting sites can display odds: fractional, American and decimal. In general, most Australian sites will stick to using the decimal method, which will explain down below. If you want to learn about the others, you should head over to our sports betting guide.

So, when you visit an Australian sportsbook and select to bet on the PGA Championship, odds should generally appear in the following manner:

You will then select the player you would like to bet on. To calculate how much you could possibly win from this bet, all you need to do is multiply your stake by the odds located next to the player you have selected. For example, let’s say you want to place an AU$200 bet on Jason Day, you will multiply that bet by 14.00 and learn that you could potentially earn AU$1400. This amount includes both your stake and winnings.

An important thing you should always keep in mind is that you need to shop around for odds. Keeping the example above in mind, there is a chance that you could find a better deal for a bet on Jason Day at another sportsbook. The only way you are going to find this out is if you have a look. 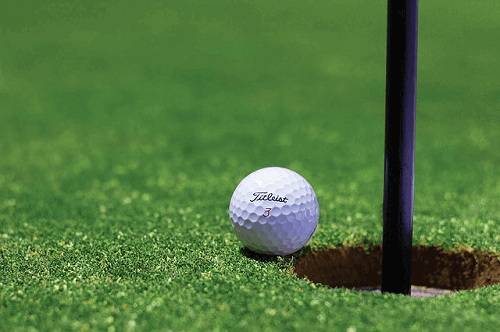 If you’re looking for some up to date betting tips on the PGA Championship, we recommend that you have a look at our blog close to and around the time of the tournament. With that stated, there are a few good and basic tips you always need to keep in mind when betting on this prestigious tournament.

Here is a list of the last 10 winners of the PGA Championship. While in the past American players have seemingly dominated the tournament, the last few years have seen people of other nationalities win the coveted major. It really does seem as if anyone is game to win it nowadays:

Check Out Our Other Golf Betting Pages