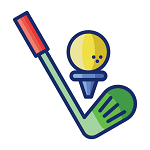 Golf fanatics in Australia will spot some of the golf legends who we briefly give a history of in this page. In the history of the game, Tiger Woods has dominated the golf field with some exceptional skills. Other golf legends also have memorable moments on the golf course.

That’s why our golf legends guide examines total records, their achievements, tournaments and seasons. Wherever your favorite professional golf player ranks, this golf legends give props to all of them. Golf legends should be an inspiration that drives punters to bet on golf or at least give it a try as a newcomer at Aussie sports betting sites. Ranked the extraordinary golf legends that changed the game! We have them here for your reading pleasure.

Top 10 Golf Legends of All Time

See who made it on our top ten golf legends of all time.

Tiger Wood is undeniably the greatest golfer to make it on the Golf legends list. He has won 14 majors and had won titles that have the money up for grabs. To date, Woods won the player of the year awards, PGA Tours and scoring titles which are frankly more than Jack Nicklaus.

No one comes close to Tiger Woods who has more seasons. Tiger woods is a popular golf player who has drawn in plenty of fans of all ages. He has taken the game to another level and changed golf dramatically. Who better than Tiger Woods to take the title? The great accomplishment this man has makes him number one on our golf legends list. 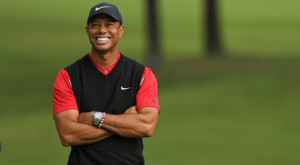 Golden Bear, as some fan called him, Jack Nicklaus won 18 majors. He went on to finish in the second position in 19 other majors. He won 73 PGA Tours.  His career spans over 25 years. Jack Nicklaus has played major championships more than other golf players.

He won the Masters Tournament twice in a row and was the first golfer to do so. The man was determined and participated in 164 majors. He became the first player to finish career grand slams (double and triple) of four major championships. 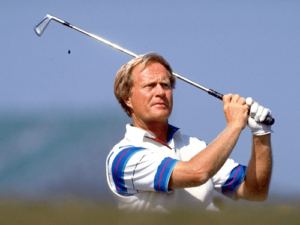 Ben Hogan was involved in a tragic auto accident. He won nine majors and 62 career wins. It goes without saying; he is one of the greatest players in the history of the game. No one can forget his ball-striking ability. He is well known for his impact on the gold swing theory. As an incredible golf player, he is one of the five golf players to have won all four majors. 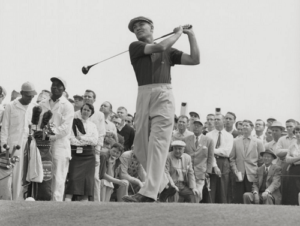 A lawyer by profession, Bobby Jones founded and contributed to in designing the Augusta National Golf Club. He was the co-founder of the Master Tournament. Bobby Jones takes the cup of being the most successful amateur golf player to compete nationally and internationally. He won four majors, the British and the US Open championships. Also counted on the list are two amateur championships (British and US). He won all four of them thirteen times. 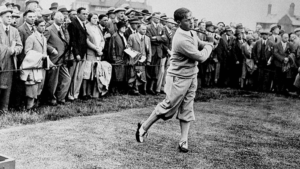 As one of the most charming and greatest players of all time, he won a number of PGA tour events. He changed the idea that golf was for the elite and the middle class should have access to the sport. In the 1960s, he was part of the big three which included Gary Player and Jack Nicklaus. Arnold Palmer took the title at the PGA Tour 62 times. 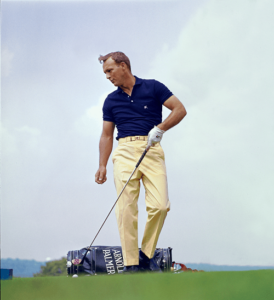 Slamming Sammy was what some referred to him. He won 82 PGA Tour titles. He helped revive golf as a form of entertainment. Many raved about his perfect swing. He loved making a grand entrance with his straw hat and his casual comments. He was awarded the PGA Tour Lifetime Achievement Award. 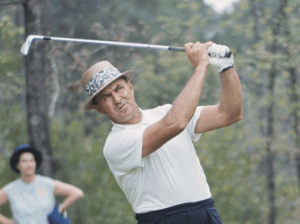 Tom Watson has eight major championships to show for. In addition five open championships. He has five wins in the British Open. He scored 39 PGA Tour wins. During the 1970-1980s, he was one of the notable players in the globe. McCormack’s World Golf Rankings ranked him as the top player in the world. 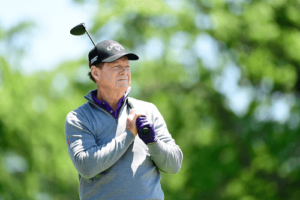 He is considered one of the leading golf players with nine major championships in the bag. In addition to that, he has nine major championships on the Champions Tour. Gary Player made history for being the first South African (non-American) player to win four majors. He was the third golfer in history to win the Grand Slam. Over a hundred tournaments have been won by him across the world. Talk about a golf superstar! 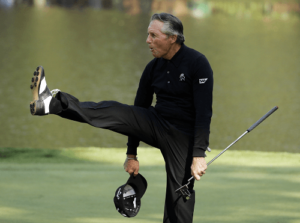 His short career in golf includes 52 wins, including five majors. One of his noticeable moments includes winning eleven tournaments in a row, making that 18 wins. And no one comes close to this record. Later in his career, he became a commentator. The HP Byron Nelson Championship was named after him. It was the first time that the PGA Tour named one of its events by a professional golf player. 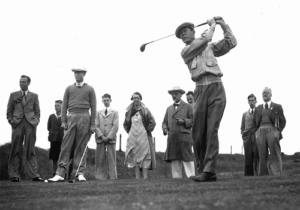 He competed in the PGA Tour and won 44 events, included are five majors. Phil Mickelson makes it as one of the sixteen players in golf to win three of the four majors. He made it on the top 50 Official Golf Ranking for over 25 years. We prefer to call him lefty because of his left-handed swing although he’s right-handed. 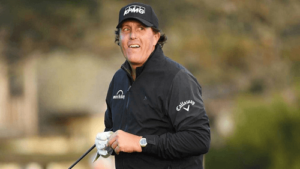 Check Out Our Other Golf Betting Pages