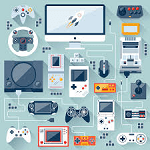 The video gaming sector is a billion-dollar industry and it looks like it has no plans of slowing down. The history of video games is something that fans from Australia should know. We understand that you might not know the whole background of video games. Video games have been around for decades. We are not by any means trying to make you feel bad. Although it would be great to know more about the history of video games since you play them.  We walk you through the beginning stages of when it all started to the future.

We have our fingers on the game consoles ready to start giving you information about video games. Computers were used to play games before but things have changed for the better. Video gaming is now popular and has made online betting on eSports possible. We can’t imagine today world without video games. It gives us more reason to dedicate this page to the video games.

If you by any chance feel a little inspired by the history of gaming, bet on eSports today!

Even though video games can be found in most homes globally, it all started with scientists in their research labs. In 1952, A.S. Douglas who was a British professor created the XOX at the University of Cambridge. William Higinbotham created the Tennis for Two on a huge analog computer in 1958. Video games only become popular around the 1970s and 1980s when video arcade games and home computer games were launched. The interest in video gaming has expanded over the years and become a popular culture across the world. Spacewar was one of the early games that appeared in the market.

Steve Russell was the man who invented Spacewar. This computer video game was meant for the Programmed Data Processor, a computer that was mostly found in universities. The game was the first game in history to be played on multiple computer installations. He developed the game at Massachusetts Institute of Technology.

The North American video game industry crashed in 1983 because of a few factors. This includes the oversaturated game console market and the competition with the computer gaming industry. There were some games such as the E.T that were labeled as the low-quality games. Several video games companies went bankrupt. The gaming business only recovered in 1985, it was the Nintendo Entertainment System (NES) that saved the industry. It brought in 8-bit graphics gameplay and sound. Nintendo Entertainment System is a Japanese company that launches a few vital video game franchises such as Super Mario Bros.  They came up with a range of regulations on third party games that helped to combat low-quality software from being produced. In 1989 release several important games like, The Legend of Zelda, Metroid and Mario Bros. The franchised continued growing, in 1989 it created Tetris.  It followed up with a number of successful games.

The increasing computer power and the lowered cost of pressers such as the Intel 80486 and Motorola 68030 were the pathways for 3D graphics and sound cards to be created. Can you believe that 3D games started with flat shading graphics. Multi-User Dungeon spread in the 1990s, their market grew as they introduced more games, multiple players could now play a game specifically designed for them.  Real-time strategy grew into a popular genre of pc gaming in the 1990s. 3dfx Interactive produced the Voodoo chipset which was the first 3D accelerator cards for home pc. The graphics have been improved.

The Growth of 3D Gaming

Computer technology moved video gaming into the three-dimensional era of gaming. Sega released its Saturn system in 1995. It was the first 32-bit console that played games on CDs instead of a cartridge. The development beat Sony Playstation which didn’t make that many sales that year. In 1996, the launched Nintendo 64. Sega and Nintendo release high-quality games but Sony’s third-party support helped the Playstation move up the ranks.  Sony dominated the video gaming industry with several titles. The best-selling game console was launched in 2000. Then, Playstation 2, was the first console that used DVDs. The Sega Dreamcast was one of the greatest consoles created. The company evolved further during this time. 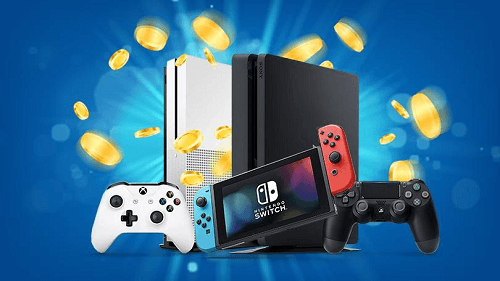 Microsoft’s Xbox 360, Sony’s Playstation 3 and Nintendo’s Wii are the epitome of high-definition gaming. The Xbox 360 has similar graphics to the Playstation was praised for its web-based gaming ecosystem and won Game Critics Awards. It offered different methods to play video games when it featured the Microsoft Kinect.  The Wii made many sales compared to its rivals. Gaming became more attractive because of its motion-sensitive remotes.  Video gaming took over social media platforms, towards the end of the decade and the start of the next. Platforms such as Facebook and mobile devices have access to video games.

The new generation of video games we launched in 2012 by Nintendo Wii U. Xbox and Playstation 4 followed in the same footsteps. Unfortunately, Wii U was commercially unsuccessful and stopped production in 2017. Microsoft and Sony are taking over the virtual reality gaming space. Their new consoles show their intention to change the users experience.

Let’s go back to when mobile phones started becoming video gaming platforms. Nokia created Snake in 1997 and the game hit the market like wildfire. Other phone companies also offered games that could be played during a short period, like when you are in waiting for the bus. Old phones had limited memory and the battery power didn’t last. The history of video games should be given the respect it deserves. Nowadays, players are able to use our mobile phones to play games wherever they please. Even better, there are a variety of games that players can select so they will be spoilt for choice.

Here are video games that were created from 1971-1977 during the early days when gaming began.