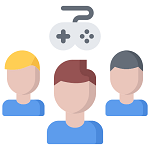 We have a look at the work that eSports game developers and publishers have done. You will soon see why they are prominent in the gaming industry. It’s useful to know more about the developers and publishers who pump life into the gaming sector. In addition, it shows that you can in-depth understanding of the game that is beyond the surface. Read more about these superheroes below.

With a variety of popular games to select, punters will definitely find a game they like. We’ve listed the best betting websites to make your gaming experience fun.
#1

The eSports we know today is up and running because of developers and publishers. The companies also host and produce coverage for the biggest events like Riot Game’s LCS. The video game publishers also permit their games to be used by outside league organisers and live platforms. Video game publishers who turn the new competitive title into an eSport can receive good publicity. We discuss the three companies you need to know about in more detail.

Valve Cooperation was launched in 1990 by Gabe Newell and Mike Harrington. They were employees of Microsoft and both loved video gaming. They left the company six years later to start their own business. It would only take two more years for them to release Half Life, a single shooter for computers. The game turned out to be famous and received a couple of awards. Mike Harrington later left Gabe Newell to continue with the company. Valve becomes the leading player in the gaming industry. The business produced more successful games. International is one of the high-profile events that they organise.

There are more than 30 games that are produced by Valve. We wanted to cover them all but decided to stick with the relevant ones.

Soon after Valve opened its doors to more publishers and developers, millions of players signed up. The service allows players to use it whenever they feel like it. The streaming platform enables players to buy that latest games and download them if they want. 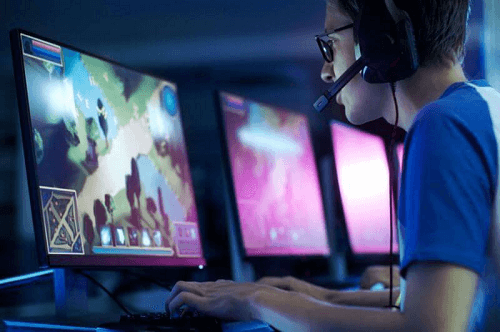 Riot game began in 2006. Since then, they have released one game called the League of Legends. We won’t fault them much because the game made history in the video gaming books. With over 100 million players, it is one of the most played games. Brandon Beck and Marc Merrill attended the University of South California as business students. They are no different from the Valve founders who were obsessed with games. Both tried out different careers but soon released that they can’t shake the gaming bug. They embarked on a journey to solve the development industry issue.

Riot Games was founded with the aim of enhancing existing games. The business purpose revolved around the user’s experience. League of Legends (LoL) is committed to learning and making gaming improvements. They take note of how the gaming field is rapidly changing. Many players are attracted by the game. It is the largest eSports game that draws a big crowd around the globe.

Blizzard Entertainment was started in 1991. Michael Morhaime, Frank Pearce and Allen Adham started the company that was initially named Silicon and Synapse. The trio’s aim was to build game ports for other developers. They moved towards developing their own game in 1993. The Lost Vikings and Rock n Roll were the first games on the scene. Silicon and Synapse was called Chaos Studios and lastly Blizzard Entertainment.

Other Developers and Publishers

Here are some video game company names worth mentioning: