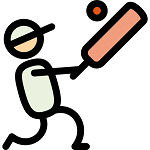 Cricket sports betting sites also have live betting which punters can look forward to. The three cricket formats played at the international level.  Twelve countries have International Cricket Council membership which grants the status of the Test Cricket, Twenty20 and One Day-Cricket including Australia. Let’s get into the three cricket formats in more detail to make sure you’re prepared for betting. It is in your best interest to read through this expert guide.

The sites below allow punters to bet on any form of cricket they wish:
#1

The most traditional format of the game, Test Cricket was founded in 1877. It is said to be a test because it challenges the teams physically and mentally within five days.  Accomplishment of this format depends upon technique, stamina, tenacity, and commitment. Teams will have to use the mentioned aspects to succeed over the five days. Test Cricket has no fielding restrictions. The dress code for cricket players is white t-shirts and pants. In 2015, Test Cricket saw its first day/night international test match played (format is played during the day).

These day/night matches are increasing in likes but test tournaments that are played during the day are very much preferred. Ranking points for the teams are received from the ICC depending on if they lost or won the test games. $1 million is received by the ICC Test Match rankings. Money is also given to the teams holding the next three ranks. At the end of the day being the victorious team at the test match is the real prize. First-class cricket games (matches happening in countries that have complete ICC membership) can last between three to five days.

First-class matches are played at the international level for when a home country tours another nation for several games. This affords the traveling team the chance to understand the state of the pitch and other aspects which differ from one country to another. 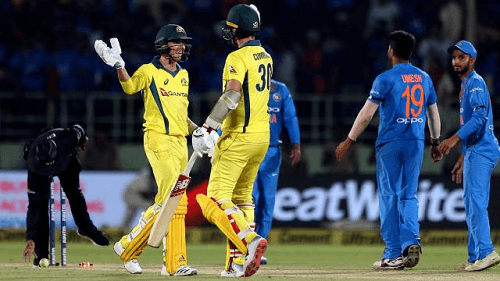 In 1971, ODIs were introduced which are restricted-over matches of cricket. One Day Internationals involved matches that were played with sixty overs per side. The dress code was almost the same as the Test format. Over the years, ODI extremely changed. The one inning games are now subject to a maximum of 50 overs each side and are thus pacier and more exciting than Test games. Dedicated players who have stretched their capabilities to polish their skills have been successful in this format. Every bowler bowls ten overs in this format.

There are three powerplays per innings in ODI. Tournaments in this format happen in a day. A few over games can’t have a draw total. A tie or no result can still be declared in the match.

The new kid on the block known as the T20 format is quick and is action-filled. T20 format comes from England. T20 tournaments have a different flair because music to entertain the crowd in between deliveries and overs. Rather than going to the dressing room, the players are seen going in and out of a baseball-like area. Bowlers can bowl a maximum of four overs. The fine for a no-ball is a free strike on the following delivery. No more than two fielders are allowed outside the thirty-yard circle for the first six overs.

After that, only five fielders are allowed outside the thirty-yard circle. Field restrictions together with the twenty overs each team bats show the risk the batsmen take in contrast to other formats.