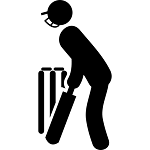 International cricket has a rich history, and cricket controversies and scandals have been a part of the game. Australia has also been caught in the heat of the moment. Yes, there are many events that deserve to be celebrated in the sports. At the same time, we can’t turn a blind eye to these misconducts that left us shaken. These are wrongdoings that have threatened the reputation of the sport. Some of the cricket scandals include match-fixing, political protest, and drug scandals. The games had its fair share of memorable cricket controversies and scandals.

We’re sure you can think of numerous cricket scandals. If not, we recap some altercations that happened on this page. We hope that the scandals don’t stop you from betting on the game. Such things occur like with any other sport but we hope that fewer cricket controversies and scandals happen in the near future. Regardless of the controversies, the game is still loved by many punters and one of the most popular wagering options at Aussie sports betting sites.

We uncover the most controversial cricket scandals that you will want to know about at the bottom.

A handshake session between the Mumbai Indians and King XI Punjab took place in the cricket season of 2008. The inaugural Indian Premier League (IPL) saw Harbhajan Singh use the back of his hand to slap his Indian teammate Sreesanth across the right side of his face. The bowler was confronted and seen in tears after. Harbhajan Singh was banned from the remaining contest fixtures that were left. The video of what transpired was not found. Sreesanth was condemned for his actions during the game and he apparently provoked Harbhajan Singh

A Test between Australia and West Indies in Antigua in 2003 saw Glenn McGrath and Ramnaresh share harsh words. The two gentlemen had tension over several overs. Glenn McGrath made a sexual remark about Sarwan and West Indies’ superstar Brian Lara. Ramnaresh Sarwan then told Glenn McGrath to go ahead and ask his wife for an answer. Glenn McGrath was furious which stemmed from the fact that his wife died because of cancer. Luckily the two men apologized after the match.

After England lost a match to Australia, England pulled a stunt that will never be forgotten in cricket history. England management felt that Kevin Pietersen caused tension within the team’s dressing room. The team management said that his cut from the team would enable the rebuilding of them to come up with a cultural edge required to return to the top. A fight then erupted between Kevin Pietersen and his teammates.

Herschelle Gibbs was known to be a bad boy even when he played for South Africa. He took the cricket industry by surprise when he published his book To The Point back in 2010. The book shares his journey and how he struggled with alcohol and smoking weed. He even talks about the six-month ban he got for playing a role in the Hansie Cronje match-fixing scandal. Herschelle Gibbs went on to reveal sexual tricks and group sex acts he did with a couple of his SA teammates.

Shane Warne and Mark Waugh were found communicating with an Indian bookmaker under the false name “John the bookmaker”. They both gave John details of the weather and the pitch for some money. The Australian Cricket Board fined them and the issue was later discarded. The board decided to do this because Shane Warne and Mark Waugh indicated that Saleem Malik wanted to bribe them to throw matches. 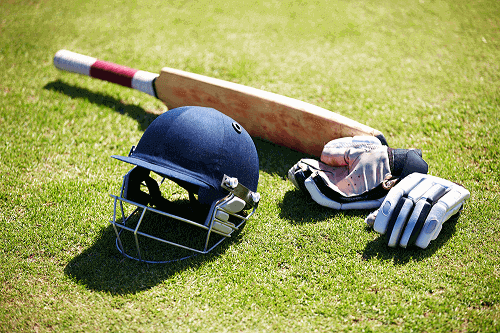 Umpire Darrell Hair called Muttiah Muralitharan’s no-ball for a bowling action that was against the rules. Most people at the Melbourne Cricket Ground were taken back by the decision. Sri Lanka fans thought it was an affront foot offense but this was not what happened. Arjuna Ranatunga, who was the captain of Sri Lanka, was very angry and told his teammates to not shake the hands of the Australians.

A tabloid reported from the News of the World paper convicted three Pakistan players in fixing a particular event in a game. The three men implicated in this scandal were: Salman Butt, Mohammad Amir, and Mohammed Asif. The report wanted to place bets on those precise events. The England vs Pakistan test series saw Mohammad Amir do as he was told and bowl three no-balls following each other. Scotland Yard investigated the three and all three men, including a fourth person Mazhar Majeed, were punished accordingly.

Sreesanth, Ajit Chandila, and Ankeet Chavan were arrested by the Delhi Police for spot fixing matches of the IPL. The three were said to have been members of a huge betting and well thought out crime. This resulted in the changed proceeding of IPL fixtures. The Board for Control for Cricket gave Sreesanth and Chavan a lifetime ban. Amit Singh, the Gujarat cricketer turned bookie, got banned for five years.

Bob Woolmer, Pakistan’s coach, died as a result of what was believed to be a heart attack. His death became questionable and a murder investigation followed. Pathologist Ere Seshaiah found that Bob Woolmer had been strangled to death. Jamaican authorities and Scotland Yard investigators worked together to try and solve the case but to no avail.