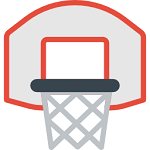 NBA betting is extremely popular in Australia. The National Basketball Association (NBA) is the biggest basketball league in the world. It sees 30 teams across North America go at it in one of the most competitive tournaments in the world. The excitement surrounding games only increases when you place a wager on a game.

If you’re keen on learning how to bet on this prestigious league, we’ve created the ultimate NBA sports betting guide. Here punters will learn how the tournament works, the bets they can place, as well as some general basketball betting tips.

This is a list of the best NBA betting websites available to Australian punters. Here they will find a range of great odds and betting options available.
#1

What is the NBA?

As previously mentioned, the NBA is probably the most popular basketball betting league in the world. It sees 30 teams compete for the chance to lift the NBA Championship trophy at the end of the season. With American sports often making use of a tournament format that not all Australians are familiar with, we delve into the basics of how the league works here.

Fundamentally, the league consists of two conferences (East and West) which are then divided further into three divisions. Each team in the league will play a total of 82 games throughout the season, with a total of 36 games being against teams within their own division.

At the end of the regular season, the eight teams with the best win-loss ratios go through to the playoff round (also known as the knockout stages.) During this round, teams will only play sides from their own conferences until a champion for each is decided. In the final game of the season, the winners of the Eastern and Western conferences face each other to determine the winner of the season’s NBA Championship title.

One important thing to note about NBA matches is that they cannot end in a draw. If at the end of a regular 60-minute game teams are still an equal level, a five-minute overtime period will be added to the game until a winner is decided. This creates interesting betting dynamics at online NBA betting sites.

How to Bet on the NBA

There are loads of different NBA betting lines available to Australian bettors at top sportsbooks. We’ve divided the selection into basic and intermediate basketball wagers to help new bettors understand the differences: 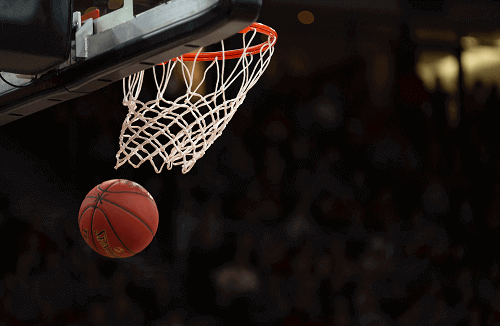 The odds a team stands to win is based on a number of different factors, including aspects such as:

Here are a few general betting tips every Australian should keep in mind when placing wagers on the NBA. If you follow these, you’ll soon be adding loads of cash prizes to your bankroll.

How do you bet on the NBA?

You need to wager when there is value, be open to learning and begin with betting on the NBA clubs that you know. Also, consider money management and record all your bets and wager at a trusted sportsbook.

Where can I bet on the NBA?

Betting on the NBA is possible at Bookmaker,5Dimes.BetNow, Intertops, and many other sports betting sites.

Where can I place a playoff bet in the NBA?

Sites such as MyBookie, BetOnline Sports and Bodava allows punters to bet on the NBA.

What is winning margin in basketball?

Winning margin betting is when you make a wager based on the number of goals the winning team will score. If you think that club will win with 3 goals then the team has to score 3 goals.

What is a parlay bet in basketball?

This type of wager is called an exotic bet where punters wager on a series of events. A parlay allows a minimum of 2 bets and can be 12 events, that depend on the sportsbook.

Can NBA players bet on games?

Wagering on the NBA is legal in several states. We give you more details about NBA betting on this page. All you have to do is follow the sport and place bets.